Since the introduction of the F-gas Regulations, the refrigeration industry has been moving faster than ever towards more sustainable methods of cooling. This legislation is phasing out the use of fluorinated gases that contribute to global warming by 2030. Unfortunately, it’s common to find environmentally harmful hydrofluorocarbons (HFCs) such as R-404A in refrigeration systems.

As experts in the refrigeration industry at Ryan-Jayberg, we know how crucial it is to protect the world we live in. Additionally, the safer your refrigeration system is, the more secure the long-term future of your business. Read on to find out more about how your business could use natural refrigerants.

What are natural refrigerants?

Before we go any further, let’s answer the question: what exactly are natural refrigerants? The simple answer is that they’re naturally occurring chemicals which don’t deplete the ozone layer. Since they have a low or negligible Global Warming Potential (GWP), these sustainable gases are the best alternative to traditional synthetic refrigerants that are banned by the F-gas regulations.

Before the 1950s, refrigeration systems would use naturally existing gases such as carbon dioxide, propane, and ammonia as refrigerants. These fell out of favour by the 1970s with the introduction of cheaper synthetic fluorocarbon gases. However, now that we know the environmental impact of F-gases, the industry is making the switch back to more efficient and ‘green’ natural refrigerants.

What is the best natural refrigerant to use?

As mentioned above, the primary natural refrigerants used in commercial chilling applications are carbon dioxide, ammonia, propane, and other hydrocarbons like isobutane and propylene:

Air (R-729) and water (H2O, R-718) are other examples of natural refrigerants, but these aren’t common due to their low efficiency. The most popular options are actually carbon dioxide and ammonia. They have a low GWP and are widely available, making them accessible and affordable.

Though we think of carbon dioxide as a big contributor to climate change, CO2 refrigerants are actually the coolant of choice for many commercial refrigerant systems. With a GWP of just 1 and an abundant supply, it’s a cost-effective alternative to keep equipment running reliably. It’s also seen as ‘future-proof’ as CO2 refrigeration systems comply with current and future environmental laws.

Once considered the most stable and safe option, synthetic refrigerants are provably causing real damage to our planet. With the F-gas regulations introducing a GWP limit on refrigerants from 2020, gradually tightening restrictions until the complete phase-out target in 2030, it’s past time for businesses who use commercial or industrial refrigeration systems to use natural refrigerants.

Restricted and/or banned F-gases include hydrofluorocarbons (HFCs), perfluorocarbons (PFCs), and sulphur hexafluoride (SF6). So, if your old refrigeration system uses any of these, you’ll find getting a top-up difficult and expensive. If you continue using banned F-gases or handle them irresponsibly, the Environment Agency could hit your business with a hefty fine of up to £200,000 per offence.

For the sake of the longevity of both the environment and your business, it’s best to take steps to upgrade F-gas refrigeration systems now. If you choose a natural alternative like a CO2 refrigerant for your refrigerated display cabinet or multi-temperature storage room, you can comfortably continue to use it well after all F-gases are completely banned. It’s definitely worth looking into.

While carbon dioxide (CO2) is a known contributor to the build-up of greenhouse gases that are warming the globe, refrigerants are rated according to their Global Warming Potential (GWP) – and CO2 only has a GWP of 1. Compared to the main offenders with GWP scores of 1500 to 4000, you can see why carbon dioxide is a better choice of refrigerant than hydrofluorocarbons (HFCs).

As a safety group A1 refrigerant, it’s safe to use CO2 in public locations like supermarkets, as it’s non-toxic and non-flammable and won’t corrode copper or brass fittings. As the F-Gas Regulations and taxes on HFCs increasingly affect the commercial and industrial refrigeration industry, more manufacturers are investing in single-stage or two-stage systems that use carbon dioxide.

In recent years, the preferred option for most UK supermarkets is trans-critical carbon dioxide systems. The site installation is similar to a conventional HFC system, without the complications of a cascade design. All the components and controls are contained in a specially manufactured ‘pack’.

Here are some of the main pros and cons of using carbon dioxide as a refrigerant:

Many businesses have already made, or begun the process of making, the transition to using natural refrigerants. Not only is this action critical for legal compliance, but also for the future of the planet.

At Ryan-Jayberg, we recognise our responsibility to help our commercial refrigeration clients with navigating the law and installing efficient and environmentally friendly systems. If you’re looking for guidance on the F-gas regulations or further information on the best natural refrigerants for your business, please contact us. As a leading UK refrigeration company, we’re well-placed to assist you.

To discuss converting an existing refrigeration system using the latest technology, or designing a new system using natural alternatives such as CO2 refrigerants, give our team a call on 02089 446 288 or send us an email at info@ryan-jayberg.co.uk. Alternatively, click here to fill out our online enquiry form or to find the details of your nearest branch, where you can speak with an expert in person.

Why do we have to switch to natural refrigerants?

Governments around the world have identified a range of refrigerant gases as problematic, setting strict usage limits and performance standards to ensure that new refrigerant products are better for the planet. The goal is to regulate F-gases until they’re completely phased out in the next decade, which will drastically reduce damaging emissions and help to slow the progress of climate change.

It’s understandable that businesses might not want the financial stress of retrofitting or entirely replacing their existing refrigeration systems. However, it’s a future-proof investment that will benefit your business for years to come. There’s no getting around the fact that F-gases and other restricted or banned substances are on the way out, so it’s not worth clinging onto them anymore.

Switching to natural refrigerants now makes smart business sense. Not only does it save you from owing hundreds of thousands of pounds – if not millions – in civil penalties, but it could also save you money on running costs due to their increased energy efficiency. Your green credentials can also attract more customers, as sustainable values are more important than ever to consumers.

Which refrigerant regulations should businesses be aware of?

As we’ve discussed above, the main legislation affecting the commercial refrigeration industry is the Fluorinated Greenhouse Gases (F-Gas) Regulations. You can find out more about these rules on our dedicated F-gas regulations page by clicking here. The first of the newer cut-backs and bans came into effect on 1st January 2020, and further F-gas bans are now in effect as of 1st January 2022.

Another piece of legislation, which doesn’t apply directly to refrigerants themselves but to the refrigeration systems that contain them, is the Energy Labelling Regulations. The familiar A–G energy rating scale was changed in early 2021, so manufacturers and suppliers of energy-related products (like professional refrigeration units) are required to use updated energy information labels.

This means that sellers and operators of commercial refrigeration systems must carefully consider their energy efficiency and environmental impact. Doing so should help you to make a smart purchase, being fully informed on the upfront equipment costs and lifetime operating costs.

What is the most environmentally friendly natural refrigerant?

While ammonia (R-717) is technically the most eco-friendly refrigerant, with a Global Warming Potential (GWP) and Ozone Depletion Potential (ODP) of 0, it’s actually not the most popular.

Ammonia may be more efficient than carbon dioxide (R-744), but it also comes with the risk of potentially toxic chemical leaks. Carbon dioxide refrigeration systems require less space for the equipment than ammonia-based systems, and they only have a GWP of 1 as well as an ODP of 0.

Ironically, since CO2 is the most common greenhouse gas known for causing climate change, CO2 refrigerants are experiencing a renaissance as an ‘environmentally benign’ natural refrigerant.

All of this makes CO2 refrigerants the favourable option as a sustainable alternative to synthetic coolants – not just in refrigeration systems, but also in air conditioning and heat pump systems.

What are the best alternative refrigerants for commercial or industrial use?

The European Commission has published information on climate-friendly alternatives to F-gases like hydrofluorocarbons (HFCs). This includes natural refrigerants such as carbon dioxide and ammonia, and HFC-HFO blends (hydrofluoro-olefins) with a lower Global Warming Potential (GWP). Here are the examples of some eco-friendly alternatives for commercial and industrial refrigeration systems:

Aside from refrigeration, you can also find information on climate-friendly solutions for stationary air conditioning (including chillers and heat pumps), mobile air conditioning for cars, buses, and trains, and foam blowing for insulation. You can also check gov.uk for updates on UK F-gas bans. 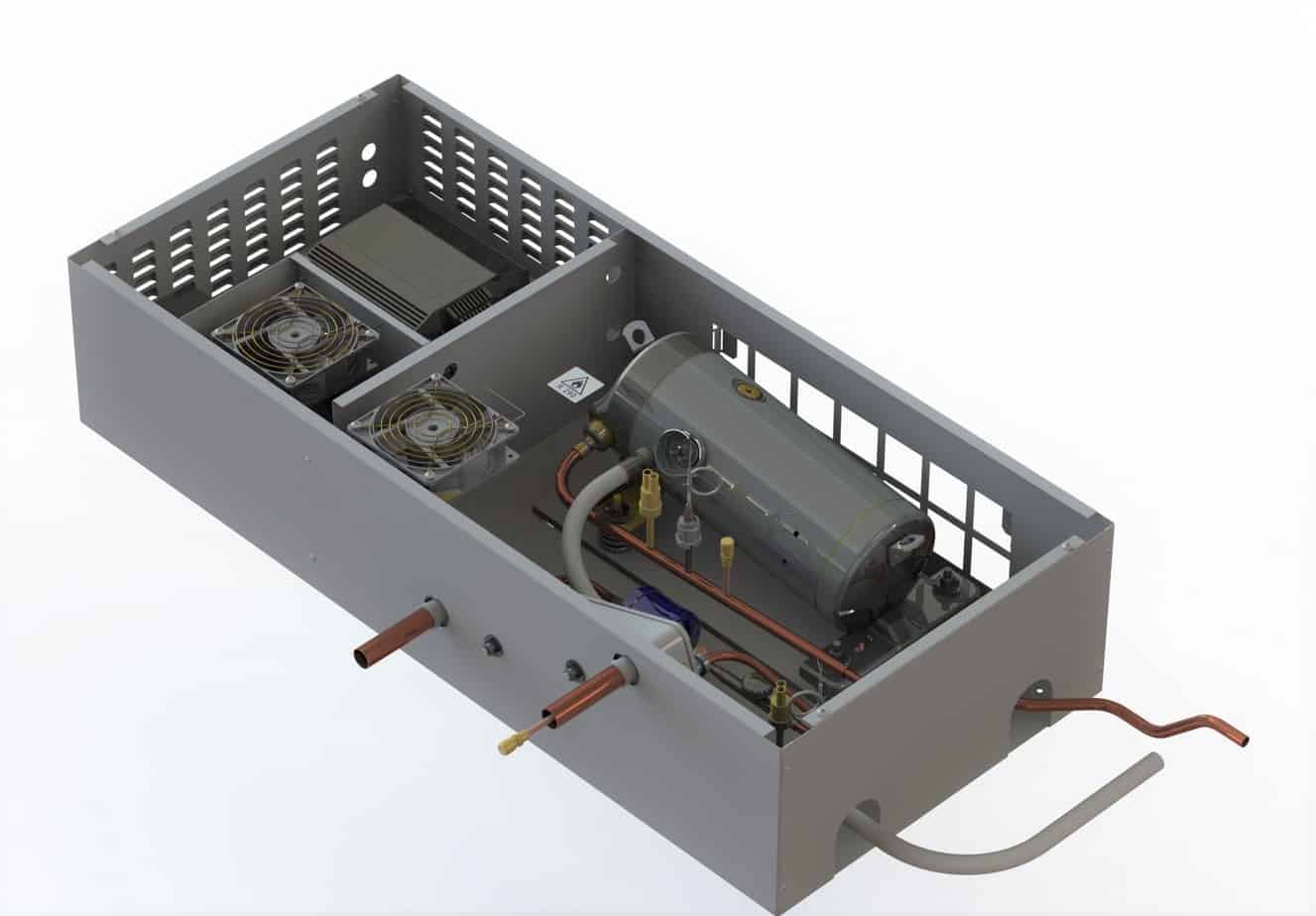 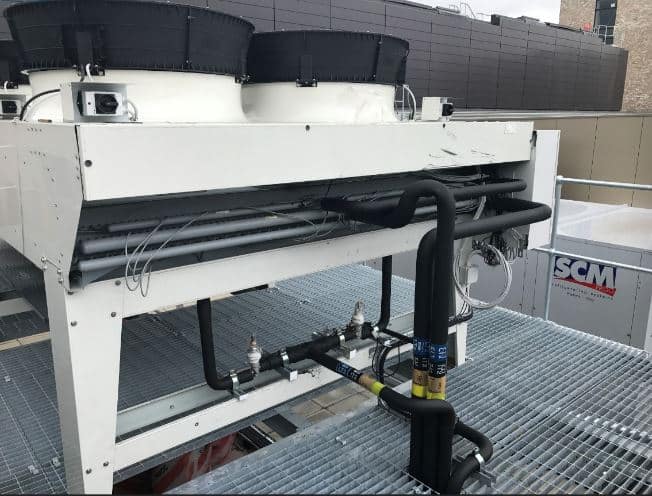 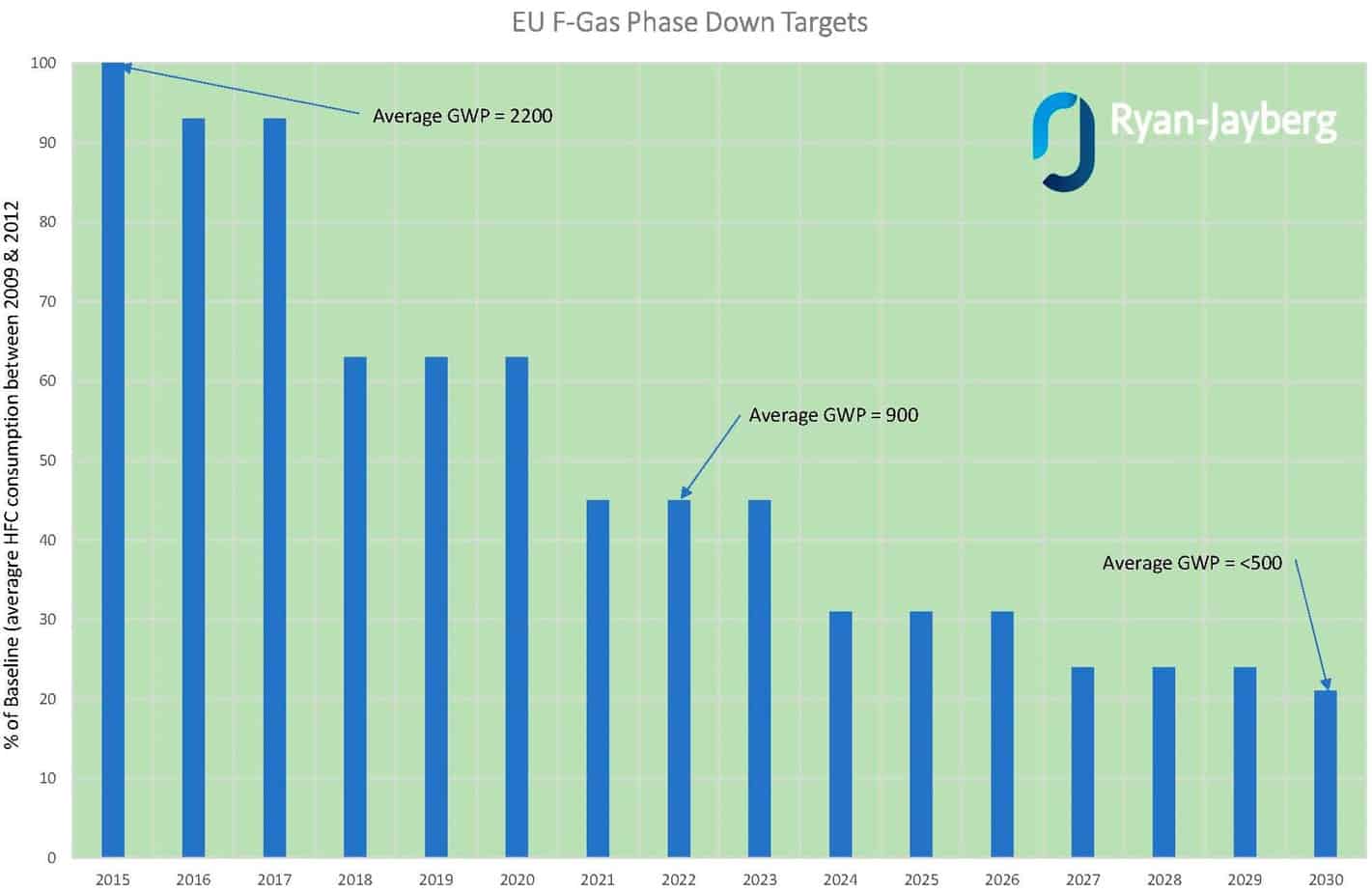 If you require any further information about how Ryan-Jayberg can help your business then please contact us using form below and we will get back to you as soon as possible.